Now, only TV historians might remember the name Ken Weatherwax. He died two days ago in 59 from heart attack as an American former child actor from the mid-’60s. Known (and known only) by larger audience as Pugsley from The Addams family. We still have the thing for this eccentric family, as we can see on social media and fan-art, but mention “Ken Weatherwax” and see who will connect name and the face. He tried, as many child actors tried before and especially after him, to continue acting career, but in vain. Most of the young actors have their brief moment of stardom as child or teen and hardly ever after. What is left is, usually, bitterness and drug abuse. Like the tragic destiny of Macaulay Culkin for example. Some find their way (like Ryan Gosling who started on Disney channel) all the way to the top of Hollywood, just to add – he totally deserved it, or Drew Barrymore, not with the same acting success, but with a history of drug abuse from the earliest age that parallel Macaulay Culkin case. There is definite need for child actors. But ethical question is will you, as a parent, allow to willingly throw your child into the Hollywood arena with wild beasts instead of upbringing them into more secure space, and risk your child well-being, emotional and therefore physical, just because of money and prestige. But Ken Weatherwax seems to turn out OK. He tried to be actor, but no one hired him. Maybe he didn’t have acting impulse or charisma as a grow-up. Anyway, he enlist US Army. After army he work for studios as an grip and set build and ended up in the business, after all. Not exactly in the movies, but around them. Casting the light on actors he once was. Watching them, day by day, leading the life that might be his. On later picture you can see that he was the guy who loved to smile. Maybe he was not tormented with bitterness and accepted his modest role. Little man in man-eating biz. Family is devastated by his death and I will like to believe that he was largely loved. Farewell, Pugsley. I hope you had a good life. 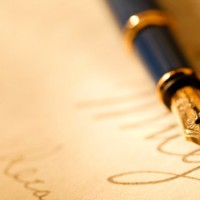