Even as a kid I was never being into superheroes. Into supernatural yes, but not into superheroes. My favorite comic from childhood is Tiziano Sclavi’s paranormal detective “Dylan Dog”, a comic with so much pop culture reference that every issue is twisted horror version of some cult movie. I was so amused to find out of which movie it was like unriddling the puzzle. Sometimes “Dylan Dog” storyline took unusual travels into metaphysics and existentialism while still being horror tale. So I find out something different very early.
I like comics, but I was more into what is these days called graphic novels. They are more lengthy and for mature audience, could be find in bookstores, libraries also, and they are actual transition between novels and comics. Term is coined in 1964 by Richard Kyle, popularized later in 1978 with profound Will Eisner’s “A Contract with God, and Other Tenement Stories” but it was Neil Gaiman’s “The Sandman” that attracted literature readers and, as well, female readers in larger numbers making 90’s the decade when comics (or graphic novels) become unisex phenomenon. Recipe is somehow similar to superheroes, at first. A group of godlike beings that represent cosmical aspects and goes by the same names: Destiny, Death, Dream, Destruction, Despair, Desire and Delirium. They are siblings and they are calling themselves Endless and the forces they are representing are so present in our lives that possibilities to explore these concepts are, in fact, endless just like their name. Story is so wide and goes in all possible directions. It is exciting, intimate, tragic and overwhelming with a lot of history, elements from classical literature and mythology, collective unconscious… For example, “A Midsummer Night’s Dream” issue gave a fresh look to the shakespearean subject with idea that the play was written as an agreement between William and Master of Dream. That issue won the World Fantasy Award in 1991, an award that usually goes to novels, not comics. That is a fist literal recognition. For “The Sandman” a stream of awards followed.
Neil Gaiman is essentially a writer and after Sandman he continued as a writer of fiction, but not with a same success. Sandman is by far best thing from the Gaiman’s pen and his most important work stays in the field of graphic novels.
Story will stay deep no matter which one is the medium of deliverance: book, movie or a graphic novel.
There is a decade long buzz of adaptation of Sandman with a favorite subject by the fans: who will do it and who will be in a role of this true tragic hero? History of negotiation and legal rights is too extensive to be discussed and we can only hope it will be settled in near future.
Sandman is my personal favorite but there is a lot of graphic novel that could be a great challenge for movie makers and also deserve the attention of literature readers. Comic books like “The Invisibles” by eccentric Grant Morrison with his esoteric organization, “100 bullets” by Brian Azzarello with his urban stories of revenge and “Transmetropolitan” by Warren Ellis with cyberpunk journalist Spider Jerusalem who battles authoritarianism and corruption in future. All these stories have a lot of potential but there is one that is absolute must for adaptation for TV series or movie. That is “Black Hole” by writer and distinctive illustrator Charles Burns, a story about strange illness that is transmitted in teenagers thru sex with gloomy and surrealistic atmosphere. As with Sandman it is just the question who will be the stronger in a battle for adapting this piece. From the moment Burns ended the series in 2005, arena is settled and the struggle begin. In 2005, it was, again, Neil Geiman and “Pulp Fiction” co-writer Roger Avary (also involved with Sandman negotiations), then they drop out and David Fincher took over in 2008. Then he also gave up for working at “The Girl with the Dragon Tattoo”. So, it is yet to see who will have the honor.
“Sin City” has been adapted to the screen with great success and universal acclaim. Also setting new standards for making movies or music videos. Robert Rodrigez even credited Frank Miller, creator of this graphic novel series and a big figure in both movie and comic worlds, as a co-director and no one sees that as a problem but the geezers from the Directors Guild of America. Rodrigez even wanted to give him full credit. Miller who is not a director anyway, was fair enough to claim that the movie could not be done without Rodrigez. Still Rodrigez wanted to tribute this great neo-noir artist, quit the Directors Guild and you can now see Millers name beside his.
Why is Rodrigez so persistent? Every frame and every word is exactly the same as in comic. He literally just make pictures alive.
Comics are a little school of editing. Good artist must choose the best cadre in one frame to represent the ongoing situation in story. It is no wonder that a lot of directors are or was comic fans.
Another adaptations from past year goes in favor of graphic novels. French graphic novel by Julie Maroh “Blue is the warmest color” or “Blue Angel”, a beautiful story of love between two women, had excellent reception and the movie is an example how adaptation should be made. This intimate masterpiece that won hearts all over the world also won Palme d’or at the 2013 Cannes festival.
Comics are been adapted for the movies and TV, as early as this two media exist, but now some serious names from both big a small screens are involved with due respect to the original.
So comic or graphic novels are not all about superheroes, you will find something that will suit you. If you forget about prejudices.
Some good times for graphic novels. Literate recognition at last. 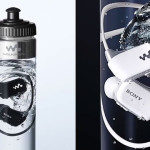