“This guy is genius” was my impression every time I saw Philip Seymour Hoffman on a screen. For a long time his roles were supporting but, due to his endless talent, quite memorable. In a matter of three year, from 1997 to 1999, three different roles in cult movies “Boogie Nights”, “The Big Lebowski” and “The talented Mr. Ripley” convinced me that I am watching magician not actor. Such diversity speaks of admirable discipline.
Anyway, I was thinking at that time: “How come that nobody see potential in this actor? He must jump from supporting actor to a leading actor. He deserve it.” And I blame it all on his appearance. “Hes lovable, true, but not sexy” still thinking “and superficial Hollywood are avoiding the fact of his pure genius accompanied by a total devotion. Something so obvious could not be neglected.” Then it happened in 2005. Title role in “Capote” that skyrocketed him, excellent role in “Before the Devil Knows You’re Dead”, ambitious theatre director lost between fiction and reality “Synecdoche, New York”… Finally, injustice is undone. Magician was recognized.
Audience always expect of performer to burn out on stage. Only that could move consumers from the dullness of everyday life. Total premeditated combustion on display. And performers need that also. Self imposed auto-destruction for the sake of art. Heavy burden. When you collect all needed and made a beautiful pile of autumn leaves and the one in charge light the matches and throw it in a pile,  sometimes it is just smoke, sometimes beautiful fire for everyone gathered to see. And we all love fire. Every actor is a pile of autumn leaves set on fire by director. And from ashes be reborn again like fenix. Or not. If the fire was too big, too awesome.
So many sensible souls we have lost, while they were on the top of the world. Recognition and insecurities, being someone and wondering who you are, determination and tiredness… all those mixtures are a flammable and dangerous substance that claim lives.
He burned for us.
Farewell, prince. 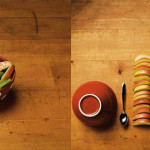 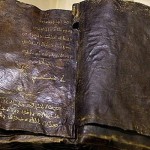