Aleshenka (Russian: Алёшенька, Alyoshenka, diminutive of the Russian male first name Alexey) or the Kyshtym Dwarf – an unidentified anthropomorphic artifact, the mummified remains of biological origin, were found in the village of Kaolinovy, near Kyshtym, Chelyabinsk Oblast, Russia in May 1996.[1]
Subsequently, the remains were lost. Currently there are only photos and videos of the mummified corpse whose species has not been identified with certainty. It was not possible to establish proof of its viability for a long time, its anatomical and physiological characteristics, behavior, biological responses to external stimuli, since all are based solely on eyewitness statements of him “in the period of life.” As evidenced by photos and video, it was an unusual corpse, a poorly-preserved due to unskilled attempts at mummification, and it did exist. However, various supernatural and mystical details and speculation arose; and skeptics regard the information about its existence as nothing more than urban legends.

Discovery
Allegedly a small human foetus, Aleshenka was found by an elderly woman, Tamara Vasilievna Prosvirina, who was mentally ill. The foetus had an unusual appearance, giving rise to rumours of its extraterrestrial origin. The local population readily supported this rumour, collecting fees from reporters for interviews – at least two Japanese companies (Asahi TV and MTV Japan) made documentaries about the foetus.

Physical appearance
Aleshenka was a greyish foetus about 25 centimetres (9.8 in) in length. Its hairless head had a number of dark spots. The eyes were large, occupying most of the face. It breathed through a small nose below the eyes. The police made a videotape documenting the autopsy.

Later incidents
A few days after the discovery, Tamara Prosvirina was admitted to a psychiatric hospital for treatment, and Aleshenka’s corpse (the time and cause of death unknown) was passed on to the local militsiya (police) by a neighbour. In 1999, Prosvirina was killed in an automobile accident in an attempt to escape the hospital.[2]

Investigation
Very little is known about what happened to the remains, and accounts of Aleshenka’a death and appearance vary greatly. A local ufologist claimed that the corpse was taken away by a UFO inhabited by members of Aleshenka’s species. Some sceptics hold that it was bought by a wealthy collector of curiosities. A doctor from the local hospital who had allegedly seen the corpse claimed that it corresponded to a normal 20-25 week human foetus, born prematurely. It could have lived for several hours, but not several weeks, contrary to Prosvirina’s claims.[3]

Testing
According to genetic experts at the Moscow Vavilov Institute of General Genetics, DNA analysis of the clothes Aleshenka was wrapped in revealed no evidence that “he” was extraterrestrial. On 15 April 2004, the scientists made an official statement that the “Kyshtym creature” was a premature female human infant, with severe deformities.
The Kyshtym disaster of 1957 (Level 6 on the International Nuclear Event Scale) seriously contaminated the area with radiation and greatly affected the health of local population. Strange deformities of a human foetus could possibly have been due to long-term effects of radiation.[4] 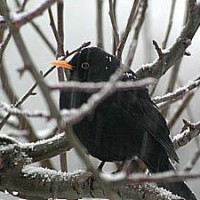 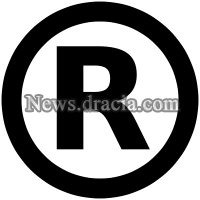