What is born of imagination, or resemblance to actual experiences of the villa is purely coincidental.
Hurry along the path carved in overgrown grass, leading around the villa, which at first glance does not look deserted. The only barrier between the outside world and partly landscaped garden was in the form of a small fence that gave the climb without too much difficulty. I know the way in, I go by the instructions and found also known photos of the interior, not me, then what a surprise. Yet it appears nagging feeling of insecurity.
I am inside and partially relieved me. The question of whether nobody saw me, pochvíli disappear. Time passes differently in the room is silent, nostalgia reigns here and mysterious atmosphere, which can create a people forgotten buildings. It’s time to go to the top floor and strategically to proceed from top to bottom. Walking through the living room around a dusty piano. Following a long unused staircase that gives squeaking noises under each step and sometimes deploying a jacket of red wallpaper peeled off the surrounding walls. On land only peep is emptied and attract me more room, which left many personal belongings.
As a first look into the bedroom. Books, photographs, letters, birthday cards and Christmas, everything is vyházené on the floor. Among the personal belongings will be rolled out clothes from the open wardrobe. At any other place I wondering why someone has a “visitor” about the need to deal with strange things, or perhaps the owners hastily left the villa and this is the result of a hectic packing essential items? But here it does not matter. Attracts all the attention picture beside the bed. I feel that me forever perpetuation people watching. They look quizzical stare and stare.

I really did not smile at first, but gradually their faces got a hint of satisfaction? The longer I look at the photo, the more I think of the questions and add me alive. Which of course is not possible and therefore I do not want to waste time and go look in the other room. Unfortunately I do not see that after my departure look at each other and truly in their two-dimensional framed cage come alive.
Other rooms are in a similar state as a bedroom. It makes me sad, so many beautiful things, each with a story belonged to someone… Walking between the walls more than 20 years abandoned villas, disturbs the peace and quiet clicking of the camera and trying to leave behind as little stop. Still, I can not resist a peek in the study and in several books. The thoughts and fantasizing, deliver me faint sound of the piano. Still works of fantasy? You do not play by itself?
Initially distinct tones pochvíli weaker and gradually disappear. I’m sure it was just an idea, if someone played the piano, the music would be much louder. Still, I do not want to stay on the top floor, I was not alone after all. The closer to the escape route will be, the better. Unexpected piano sounds attracted my attention so much that I had not noticed the state of the books I looked with curiosity. All open bundles themselves shut.
The mezzanine corridor leads to the end of which there are three options. The first choice is peeping into the bathroom, where they are still preserved bottles of creams, perfumes and toothpaste Use opened. Much more interesting is the large bedroom in the next room. Perfectly unmade bed dominates the room, but I do not pay it much attention. I’m interested doors leading to small terrace from which you had to be an amazing view, but it is currently overgrown with greenery. When you return to the bedroom, I shoot a few photos, but I have enough ideas in the adjoining room that I do not even important fact: once unmade bed is rumpled bedspread.
In the next room – why has this villa as many rooms? – Is the most interesting magic kit. Casually lying on the couch turndown. Discuss various props used to create impressive effects. Cards, fused rings that go miraculously separated, and other magical aids appear in an abandoned room impressively. But I spend too much time there, still waiting for me a lot of room and things to discover. Carelessly throw things back into the box, I take a picture and leave. If I were in the room lasted a little longer, I saw how the props passed in the original box compartments.
Since continuously hear faint sounds emanating from the common room in which the piano, I want to go there to see. Approaching the stairs and suddenly something will jump on a chair at the entrance. It was the interplay of a few seconds, but I can still see that it’s a fox. But what makes the villa? And why not jump on a chair instead ran out? Carefully I go downstairs, I do not want to startle her. It lies curled up in a ball, not paying attention to me. She did not care, which is not a wild animal too natural. I’m so close I could see that fox – which had just taken place around the staircase? Really? – Is padded. Dull eyes staring off into space, not breathing, not moving. U stuffed animal that’s not unusual. Perhaps it is time to take some shots of the piano and go downstairs to the office and then from this suspect places to go. The fox looked up and turned around for my departing figure, dull eyes again came luster.
The feeling of insecurity is becoming more intense, yet breathlessly from getting close to the underground floors of the building. No Photos urological chairs, medical devices, remnants of tools, guts in alcohol and drugs can not leave. Still, I want down to darkness. Something attracted me, though. Curiosity? No, it’s a powerful feeling and can not be ignored. Ascend the first step and a staircase leading downward turns. Perception is blurred, heart rate slows, the outside world disappears and I see the light… At the end of the night.
It was just a dream. Of course it was. Returns logical thinking, if it was not a dream, how could I know that moving pictures. I could not have imagined that this book would be closed or left me a secret look back alive foxes.
Everything is fine, I’m sure I’m home and it’s time to get up.
But… It’s still dark. I want to light up the lamp on my nightstand to reach and I’m wondering what time it is.
I can not lift a hand. It attaching to the back. I hear steps and fill the room light.
Do private health clinic today mad doctor, I finally looked up. I was tied to a chair, next to the bottle rolled out from anesthesia, which to me just a moment before she appeared in the body. Doctor’s death caused the car accident was just a hoax, so that it can continue to carry out their experiments on humans… And I soon know which prefers. 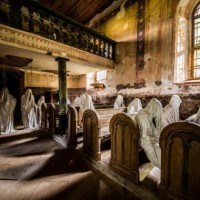 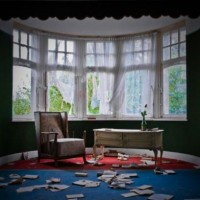