That’s not photoshop; that’s an actual cloud hovering inside an actual room. Artist Berndnaut Smilde merges art and science to create small man-made clouds that exist — albeit for just a moment indoors.
Smilde uses a fog machine to make the actual clouds, but also carefully regulates the humidity and temperature. Even so, these installations exists for a mere moment before dissipating inside the room. If you’re not there in the moment, then you only get to experience these brief scientific sculptures as photographs.

Indoor cloud
Your eyes aren’t fooling you: that is an indoor cloud, made by Dutch artist Berndnaut Smilde. He uses simple smoke machine, combined with the perfect indoor moisture and dramatic lighting to create the coolest manmade cloud you’ll see today.

Manmade Clouds
“Nimbus II” (2012)
Dutch artist Berndnaut Smilde installs miniature clouds in empty gallery spaces. But these are neither digital manipulations nor fluffy Poly-fil sculptures strung from the ceiling. The cloud works are, in fact, real, with Smilde using smoke, moisture, and spot lighting to conjure up his momentary creations. His latest work, Nimbus II repeats the artist’s first experiment (Nimbus, 2010) in which he spun a rain cloud in the center of an immaculate studio gallery, whose blank, polychromatic walls further underpinned the Surrealist imagery.
For Nimbus II, Smilde suspends a new cloud in a vaulted chapel-like space painted all-white and bounded on two sides with tall windows framing an ominous winter light. The cloud, which is backlit, seems to have absorbed all the life out of the room, thus obliterating any notion of whimsy or irony the images may have initially suggested and imparting the scene with an eeriness that is both disturbing and strangely magnetic. Smilde says that his installations, which were developed for the online gallery probe, give form to “physical presence found within transitional space.” In this way, the works exist more fully as ideas committed to photographs, living evidence of the thaumaturgic power of the artist. Source: io9, neatorama, architizer 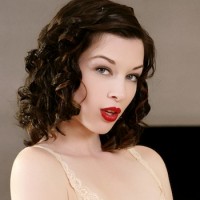 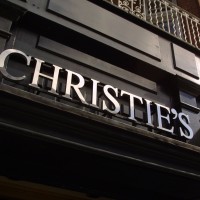