Tokugawa coinage was a unitary and independent metallic monetary system established by Shogun Tokugawa Ieyasu in 1601 in Japan, and which lasted throughout the Tokugawa period until its end in 1867.[1]

History
The establishment of Tokugawa coinage followed a period in which Japan was dependent on Chinese bronze coins for its currency.[1] Tokugawa coinage lasted for more than two centuries, and ended with the events of the Boshin war and the establishment of the Meiji restoration. The first attempt at a new currency were made by Hideyoshi, who developed the large Ōban plate, also called the Tensho Ōban (天正大判), in 1588.[2] From 1601, Tokugawa coinage was minted in gold, silver, and bronze denominations.[1] The denominations were fixed, but the rates actually fluctuated on the exchange market.[1] The material for the coinage came from gold and silver mines across Japan. To this effect, gold mines were newly opened and exploited, such as the Sado gold mine or the Toi gold mine in Izu Peninsula.

Devaluations and re-evaluations
Initially, the coinage was used essentially for export purposes in order to pay for imports of luxury goods from China, such as silk.[1] As gold and silver were in short supply, and also because the government was running a deficit, the content of gold in coins was decreased on two occasions, in 1695 and 1706-1711, in order to generate more revenues from seigneurage, but with the effect of generating inflation.[3] With the beginning of the 18th century, Japan started to restrict the export of bullion currency, which came to be seen as a loss for the country. An export ban on monetary specie was imposed by Arai Hakuseki in 1715.[1] Trade substitution was encouraged, but remained limited anyway due to the policy of closure, or Sakoku. Upon Arai Hakuseki’s suggestion the government increased again the gold and silver content of coinage in 1714-1715, but this led to crippling deflation this time.[3] In 1736, Japan abandoned this policy and again increased the money supply, with a resulting price stability for the next 80 years.[3] In the early 19th century, budgetary problems resulting from natural disasters and large Tokugawa governmental expenditures led the government to increase the money supply and the seigneurage associated to it. From 1818 to 1829 the money supply increased by 60%, and from 1832 to 1837 by 20%. Severe inflation again followed as prices nearly doubled.[3]

Structure
Tokugawa coinage worked according to a triple monetary standard, using gold, silver and bronze coins, each with their own denominations.[1] The systems worked by multiples of 4, and coins were valued according to the Ryō. One Ryō was worth 4 Bu, 16 Shu, or 4,000 Mon (a cheap bronze coin).

Kan’ei tsūhō
Regarding copper coins, the Kan’ei tsūhō coin (寛永通宝) came to replace the Chinese coins that had been in circulation in Japan, as well as those that were minted privately, and became the legal tender.[5] This put an end to more than four centuries during which Chinese copper coins, obtained through trade or Wakō piracy, had been the main currency of Japan[5]:

Demise
From 1772, the silver coins had a denomination in function of their value in gold, and had significantly less silver than their face value (rather than being just silver-by-weight) so as to cover coinage expenses, a practice known as token or fiduciary coinage, and a characteristic of modern coinage.[6] This technique was introduced later in England, in 1816, with its adoption of the full gold standard.[6] At the market rates of 1858 10 silver units could be exchanged for 1 gold unit by weight, whereas the face value of silver units was only convertible at 5 to 1. This permitted an increase of monetary circulation without actual production of more bullion, and provided great profit (seigniorage) for the Bakufu.[6] World ratios for silver and gold were significantly different, gold being generally valued much higher than silver, at about 15 to 16 weights of silver for 1 weight of gold. This difference motivated foreigners to bring silver to Japan, to exchange it for gold at a very interesting rate.[7] In 1858, Western countries, especially the United States, France and Great Britain imposed through “unequal treaties” (Treaty of Amity and Commerce”) free trade, free monetary flow, and very low tariffs, effectively taking away Japanese control of its foreign exchange:[7] The 1715 export embargo on bullion was thus lifted:
“All foreign coin shall be current in Japan and pass for its corresponding weight of Japanese coin of the same description… Coins of all description (with the exception of Japanese copper coin) may be exported from Japan”
— Treaty of Amity and Commerce, 1858, extract[8]

This created a massive outflow of gold from Japan, as foreigners rushed to exchange their silver for “token” silver Japanese coinage and again exchange these against gold, giving a 200% profit to the transaction. In 1860, about 4 million ryōs thus left Japan,[7] that is about 70 tons of gold. This effectively destroyed Japan’s gold standard system, and forced it to return to weight-based system with International rates. The Bakufu instead responded to the crises by debasing the gold content of its coins by two thirds, so as to match foreign gold-silver exchange ratios.[7]
As a consequence, the Bakufu lost the major profit source of recoinage (seigniorage), and was forced to issue unbacked paper money, leading to major inflation. This was one of the major causes of discontent during the Bakumatsu period, and one of the causes of the demise of the Shogunate.[7] 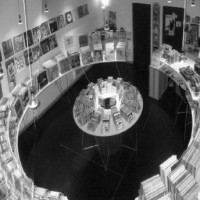 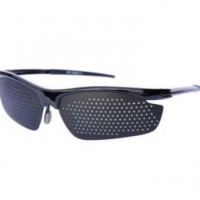