Beauer 3X expandable teardrop trailer gives you 3x the space.
French company Beauer wants you to get more outdoor living space without having to tow a huge, bulky trailer. Its 3X teardrop features a telescopic design that gives you three times the interior space, creating what looks like a tin can in the woods. Beauer is also working to expand its lineup to include a camper van and large trailer, each with 3x expanding slide-outs. In the garage and on the road, the Beauer 3X looks just like a classic teardrop trailer, measuring 8.5 x 6 x 8.5 ft (2.6 x 1.85 x 2.6 m, body L x W x H, not including hitch in length). It’s sized to stay roughly within the width of the tow vehicle, offering a maneuverable, aerodynamic ride. At 2,204 lb (1,000 kg), the 3X is not a lightweight ride as far as teardrops go, but that’s because it carries a little secret: a telescopic design that triples usable space at camp. At the push of a button, the electrically-actuated expansion system separates the three nesting body modules, growing the interior floor space from 43 to 129 sq ft (4 to 12 sq m) in about 20 seconds. So instead of the cabin-filling two-person bed you’d get with a regular teardrop, you get a complete interior with bedroom, bathroom, kitchen and living/dining area. Given that the 3X interior has to compact down into a package a third its size, you might expect it to be an empty, byof (bring your own furniture) space. However, thanks to a folding sofa, folding bed and interior fixtures carefully placed to fit around each other neatly, the 3X offers a well-equipped interior that’s ready to live in as soon as the expansion is done. The 3X cabin has a central kitchen flanked by the two-person bedroom/bath and a lounge/dining area with sofa and table. The bedroom has a double bed, and the sofa converts into a second double bed. The compact bathroom off the bedroom has a shower, sink and cassette toilet. The kitchen comes standard with a two-burner stove, sink, 130-L refrigerator, cupboards and storage, and space for a small oven. The 3X design has been around for several years and officially went on sale in France last September. It starts at US$23,000 before taxes, and other standard equipment includes 10-L fresh and waste water tanks and a braked AL-KO chassis. Beauer plans to extend availability across Europe and overseas to North America over the next three years. Beauer is also working on integrating the 3X design into a camper van called the 3XC. Based on its initial renderings, the camper module will see little change itself, simply securing atop a van chassis instead of tagging along behind the vehicle. The renderings show that you will be able to camp atop the van or detach the 3X and use it as a standalone module. Beauer is working to launch the 3XC on the new Volkswagen T6 platform by late 2016. It also says the design will be compatible with other van chassis options from automakers like Fiat, Ford, Mercedes and Renault. Beauer plans to develop a larger trailer called the 3X+. Farther down the line, Beauer plans to launch the 3X+, a longer, larger trailer that uses the same style of expandable design to offer 291 sq ft (27 sq m) of floor space. The quick video clip below shows the 3X expansion in action. Via: Beauer 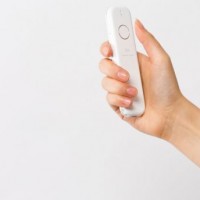 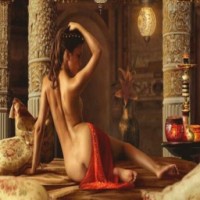