The Azadi Tower (Persian: برج آزادی‎‎ — Borj e Āzādi; “Freedom Tower”), formerly known as the Shahyad Tower (برج شهیاد — Borj e Šahyād; “King’s Memorial Tower”), is a monument located at Azadi Square, in Tehran City, Iran. It is one of the symbols of Tehran, and marks the west entrance to the city. It was commissioned to mark 2,500 years of the Persian Empire.

Construction
In 1966, the architect Hossein Amanat won a competition to design the building. He combined elements of the architecture of Sassanid and Achaemenid eras with the post-Islamic Iranian architecture.[4] During the 1960s, Iran became a major oil exporting country, using the newly found wealth, Shah Mohammad Reza Pahlavi launched programs to modernize and industrialize the country. The field of art began to thrive during this time, Amanat said it was like “a mini renaissance.” [5] Amanat told the BBC World Service in an interview that “overall, the building starts from the base and moves up towards the sky.” He states that he was inspired to design the tower in this way because he felt that Iran “should be moving towards a higher level.” Amanat proceeded to describe each section of the tower and what had influenced their design. The main vault is a Sasanid arch which represents the pre-Islamic period. The broken arch above it represents the Islamic period as it became a popular form of arch after Islam began to influence architecture. The “network of ribs”, which connects the arches together, shows the connection between pre-Islamic and post-Islamic Iran.[6] The tower is part of the Azadi Cultural Complex, located in Tehran’s Azadi Square in an area of about 50,000 m². There are several fountains around the base of the tower and a museum underground. Built with white marble stone from the Isfahan Province, it includes eight thousand blocks of stone. The stones were all located and supplied by Ghanbar Rahimi, whose knowledge of the quarries was second to none and who was known as “Soltan e Sang e Iran” (Iran’s Sultan of Stone). According to Amanat’s website, computers were used to “define its complex woven surfaces,” this was a new technology.[7] The actual construction of the tower was carried out, and supervised by Iran’s finest master stonemason, Ghaffar Davarpanah Varnosfaderani. The main financing was provided by a group of five hundred Iranian industrialists. The inauguration took place on October 16, 1971.[8] The iconic Monument des Martyrs in Algiers which was built in 1982, shows a strong influence by this monument, in its general design as well as its details.

History
The first known name associated with this monument was Darvaze-ye Koroush (“the Gate of Cyrus”), and at the time of the Centenary Celebrations, Assadollah Allam who chaired the Celebrations Council referred to the monument as Darvaze-ye Shahanshahi (“the Imperial Gate”). The monument’s official name was decided before the announcement of the competition for the monument’s design in September 1966. Bahram Farahvashi, a scholar and professor of ancient Iranian languages and cultures, who worked with the Celebrations Council, came up with the officially designated name of the structure Shahyad Aryamehr Monument.[9] Built in 1971 in commemoration of the 2,500th anniversary of the Persian Empire, this “gateway into Tehran” was named the Shahyad (“King’s Memorial”) in honor of the Shah, but was changed to Azadi (“Freedom”) after the 1979 Revolution. It is 50 meters (164 ft) tall and completely clad in cut marble.[10][11]

Museum
The entrance is directly underneath the main vault and leads into the Azadi Museum on the basement floor. The black walls and proportions of the building are austere. Heavy doors open onto a crypt with subdued lighting issuing from showcases, each containing an object. Gold and enamel pieces, painted pottery, marble, miniature, and paintings are located among black marble walls. A concrete mesh forms the ceiling. Approximately fifty pieces have been selected, each representing a particular period in Iran’s history. The main display is occupied by a copy of the Cyrus Cylinder (the original is in the British Museum). A translation of the cuneiform inscription on the cylinder is inscribed in golden letters on the wall of one of the galleries leading to the museum’s audio-visual department; opposite, a similar plaque lists the Twelve Points of the White Revolution. Next to the Cyrus Cylinder, there is a gold plaque commemorating the original presentation of the museum to Mohammad Reza Pahlavi by the Mayor of Tehran. Among the earliest items on display are square flagstones, gold sheeting, and terra cotta tablets from Susa, covered with uniform cuneiform characters. Potteries, ceramics, varnished porcelains (such as a seventh-century blue and gold dish from Gorgan), an illuminated Koran, and miniatures highlight milestones in the country’s history up to the nineteenth century, which is represented by two painted panels from Empress Farah Pahlavi’s collection.

Events
Audio-visual theater (1971)
The original show, devised in 1971, was replaced in 1975 by a new one which invited visitors to discover Iran’s geographic and natural diversity along with its fundamental historical elements. The landscapes and works of art, the faces and achievements, calligraphed poems and technical undertakings, the life and hopes of a population were shown through its ancient miniatures as well as through the smiling studiousness of Iran’s new generation of children. This creative “sound and light” performance, devised by a Czechoslovak company, required 12,000 meters of film, 20,000 color slides, 20 movie projectors, and 120 slide projectors. Five computers operated the entire system. The audio-visual programs were carried out under the guidance of professor Jaroslav Frič (1928–2000).[9]

Gate of Words light show (2015)
The German artist Philipp Geist organized a projection mapping installation named Gate of Words at the Azadi Tower, on the occasion of the German Unity Day.[12] The show was held from October 3 to 5, 2015. In this project, the artist visualized the topics of freedom, peace, space and time in a poetical manner. Geist developed a light installation made of colored words and concepts in different languages, and abstract painterly compositions of images. The glowing words were in English, German and Persian moving in sync with live music on the walls of the tower.[13]

References
1.Jump up ^ “MEED”. Middle East Economic Digest.
2.Jump up ^ “Hossein Amanat with Benjamin Tiven”. Bidoun.
3.Jump up ^ Grigor, Talinn (2003). “Of Metamorphosis Meaning on Iranian Terms”.
4.Jump up ^ “BBC فارسی – ايران – ‘برج آزادی پس از۲۰ سال شسته می شود'”..
5.Jump up ^ Riazati, Rozita. “The man behind Iran’s most famous tower”..
6.Jump up ^ Amanat, Hossein. “The Freedom Tower in Tehran”. Witness (Interview). Interview with Rozita Riazati.
7.Jump up ^ “AMANAT ARCHITECT – Shahyad Monument”.
8.Jump up ^ “Iran Travel Photos. Tourism pictures from Iran – CountryReports”.
9.^ Jump up to: a b Khashayar, Hemmati. “A Monument of Destiny: Envisioning A Nation’s Past, Present, and Future Through Shahyad/Azadi”.
10.Jump up ^ “Yahoo News – Latest News & Headlines”.
11.Jump up ^ Hureau, Jean. Iran Today.
12.Jump up ^ The Guardian: German artist lights up Tehran’s freedom arch.
13.Jump up ^ Philipp Geist was invited by the German Embassy to propose such a project at the occasion of the 25th anniversary of the German Reunification. 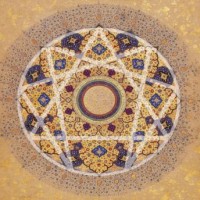 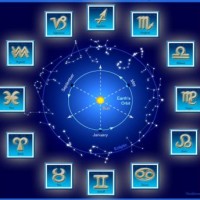