The Dream of the Fisherman’s Wife (蛸と海女 Tako to ama, literally Octopus(es) and shell diver), also known as Girl Diver and Octopi, Diver and Two Octopi, etc., is a zoophilia-associated woodcut design of the ukiyo-e genre by the Japanese artist Hokusai. It is from the book Kinoe no Komatsu (English: Young Pines), a three-volume book of shunga erotica first published in 1814, and is the most famous shunga Hokusai ever produced. Playing with themes popular in Japanese art, it depicts a young ama diver entwined sexually with a pair of octopuses. Interpretations
Scholar Danielle Talerico notes that the image would have recalled to the minds of contemporary viewers the story of Princess Tamatori, highly popular in the Edo period.[2] In this story, Tamatori is a modest shell diver who marries Fujiwara no Fuhito of the Fujiwara clan, who is searching for a pearl stolen from his family by Ryūjin, the dragon god of the sea. Vowing to help, Tamatori dives down to Ryūjin’s undersea palace of Ryūgū-jō, and is pursued by the god and his army of sea creatures, including octopuses. She cuts open her own breast and places the jewel inside; this allows her to swim faster and escape, but she dies from her wound soon after reaching the surface.[7]
The Tamatori story was a popular subject in ukiyo-e art. The artist Utagawa Kuniyoshi produced a number of works based on it, which often include octopuses among the creatures being evaded by the bare-breasted diver.[7] In the text above Hokusai’s image, the big octopus says he will bring the girl to Ryūjin’s undersea palace, strengthening the connection to the Tamatori legend.[5] The Dream of the Fisherman’s Wife is not the only work of Edo-period art to depict erotic relations between a woman and an octopus. A number of early netsuke carvings show cephalopods fondling nude women.[8][9] Hokusai’s contemporary Yanagawa Shigenobu created an image of a woman receiving cunnilingus from an octopus very similar to Hokusai’s in his collection Suetsumuhana of 1830.[10]
Talerico notes that earlier Western critics such as Edmond de Goncourt and Jack Hillier interpreted the work as a rape scene. However, she notes that these scholars would have seen it apart from the Kinoe no Komatsu collection and without understanding the text and visual references, depriving it of its original context.[5] According to Chris Uhlenbeck and Margarita Winkel, “[t]his print is testimony to how our interpretation of an image can be distorted when seen in isolation and without understanding the text.”[2] Image by Kuniyoshi of Tamatori fighting an octopus

Influence
The Dream of the Fisherman’s Wife is often cited as an early forerunner of tentacle erotica, a motif that has been common in modern Japanese animation and manga since the late 20th century. Modern tentacle erotica similarly depicts sex between human women and tentacled beasts; notably, however, the sex in modern depictions is typically forced, as opposed to Hokusai’s mutually pleasurable interaction.[11] Psychologist and critic Jerry S. Piven, however, is skeptical that Hokusai’s playful image could account for the violent depictions in modern media, arguing that these are instead a product of the turmoil experienced throughout Japanese culture following World War II, which was in turn reflective of pre-existing, underlying currents of cultural trauma.[12] However, scholar Holger Briel argues that “only in a society that already has a predilection for monsters and is used to interacting with octopods such images might arise,” citing Hokusai’s print an early exemplar of such a tradition.[11]
The work has influenced a number of later artists such as Félicien Rops, Auguste Rodin, Louis Aucoc, Fernand Khnopff, and Pablo Picasso.[13] Picasso painted his own version in 1903 that has been shown next to Hokusai’s original in exhibits on the influence of 19th-century Japanese art on Picasso’s work.[14] In 2003 a derivative work by Australian painter David Laity, also titled The Dream of the Fisherman’s Wife, sparked a minor obscenity controversy when it was shown at a gallery in Melbourne; after receiving multiple complaints Melbourne police investigated, but determined it did not break the city’s pornography laws.[15][16] Hokusai’s print has had a wide influence on the modern Japanese-American artist Masami Teraoka, who has created a number of images of women, including a recurring “pearl diver” character, being pleasured by cephalopods as a symbol of female sexual power.[17]
The so-called “aria della piovra” (“Octopus aria”) “Un dì, ero piccina” in Pietro Mascagni’s opera Iris (1898), on a libretto by Luigi Illica, may have been inspired by this print. The main character Iris describes a screen she had seen in a Buddhist temple when she was a child, depicting an octopus coiling its arms around a smiling young woman and killing her. She recalls a Buddhist priest explaining: “That octopus is Pleasure… That octopus is Death!”[18] 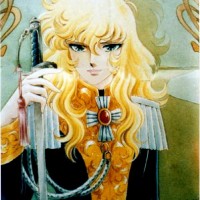