I reached the summit and parked. It was a day that would have made a lasting impression on any gothic novelist. The cold December wind pecked at my face with its icy rain as I squinted, looking through the naked trees at the outline of the stony walls. I was venerated at being in the presence of this literary landmark, and grateful for my ability to follow directions.
My wife and I were the only visitors, the only ones braving the chilly gusts in the vacant parking lot. But the frigid breeze was quickly forgotten as the castle’s main tower stared down at us over the treetops. We approached the castle on foot. The ruined walls were still foreboding in their age; a testament to the protection they have provided and I imagined how a watchman could have peered down at me or perhaps challenged me by the muzzle of a flintlock. The road wound around the base of a formidable turret as we entered the main gate and into the courtyard.
Above the entrance to the castle on the main tower is the Frankenstein coat of arms; a winged helmet placed over a shield and hatchet. The back of this tower is exposed to the elements; a cunning strategy employed by the Frankensteins in case the castle was overrun by intruding aggressors. The enemy would be exposed to projectiles fired from within the castle, therefore unable to gain a foothold in the strategically positioned tower.
In the main courtyard, the remains of the three story tower dominate the castle. The ground floor housed the sentries which placed them in close proximity to the outlining stairwells and grounds in case their forces were needed in an emergency. The first floor was designed as a large lounge and sleeping room for the residents. Up above on the second floor, a fireplace was built specifically to boil liquids that would be used against any intruders. Boiling pitch, hot water and stones were poured through shafts onto aggressors who had penetrated the outer wall. Life in the castle by no means was comfortable or romantic.
Winters were harsh as I could tell from the cold I was experiencing as I climbed to the top floor. The walls were icy and the wind whipped the rain in sheets. I became humbled as I reflected on the modem day comforts of heaters, insulation, warm drinks. I decided enough was enough, it was time to put something warm into my stomach. –
There is a restaurant next to the castle which is equipped to handle large gatherings, even weddings, and a theater which offers a variety of cultural events. Unfortunately, on the day that we paid our visit the restaurant was closed. Despite the cold and the rain, it was easy to imagine how refreshing it would be to relax at the outdoor cafe during the summer months, appreciating a good Hefe Weizen and soaking up the breathtaking view of Eberstadt and the Rhine.

As we walked away from the castle its presence seemed to follow us. Somehow, I could feel eyes staring at the back of my head and I turned to look back at the empty towers. I wondered how many faces have looked down upon the path I had took. The legends and literary influences remain with the Castle Frankenstein, and as I walked away towards the car I took some of those eternal impressions with me.
The Kappelle, or little chapel is situated in the outer court. Built in 1450, it houses the tombs of the knights, Hans von Frankenstein, Ludwig von Frankenstein, his son Phillip Ludwig and other family members. Sand stone sculptures depict the interred Frankensteins displaying their religious devotion and homage to each other, and a reminder of a legacy that has slipped into the past. Source: blitz21 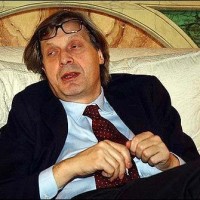 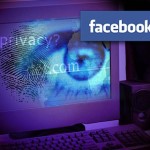