Modern Bunco (also Bunko or Bonko) is a parlour game played in teams with three dice.

History
Bunco was originally a confidence game similar to three card monte.[1][2] It originated from 19th-century England where it was known as “eight dice cloth”.[3] It was imported to San Francisco as a gambling activity in 1855, where it gave its name to gambling parlors, or “Bunco parlors”, and more generally to any swindle. After the Civil War the game evolved to a popular parlor game. During the 1920s and Prohibition, Bunco was re-popularized as a gambling game, often associated with a speakeasy. Law-enforcement groups raiding these parlors came to be known as “Bunco squads”. Bunco as a family game saw a resurgence in popularity in the 1980s.[4]

Rules
Standards widely recognized are: There are six rounds, progressing in order from one to six, where the number of the round serves as the target for that round’s rolls. Within a round, players alternate turns rolling three dice, aiming to obtain the target number. Players gain one point for each die matching the target. If the player gets three-of-a-kind of the target number (a Bunco), they get 21 points. The round stops when a player at a head table obtains 21 points. Whoever wins the most rounds is the overall winner.

Renewed popularity
According to the World Bunco Association the game had seen a resurgence in popularity in the United States in the early 21st century. In 2006, it was claimed that during the previous year (in the USA) “over 59 million women have played Bunco and over 27 million play regularly”.[5]
As it is played today, bunco is a social dice game involving 100% luck and no skill (there are no decisions to be made),[6] scoring and a simple set of rules. Members of a Bunco club take turns hosting, providing snacks, refreshments and the tables to set up the games. The host/hostess may also provide a door prize. Small amounts of money can be involved as well. The object of the game is to accumulate points and to roll certain combinations. The winners get prizes (provided by the host/hostess or pooled from the club resources) for accomplishments such as the highest score, the lowest score, or the most buncos. Prizes frequently center on themes associated with the game such as fancy dice, dice embedded in soap, t-shirts featuring illustrations of dice, etc.
Bunco fundraisers have become increasingly popular over the years, earning large sums for a wide variety of charities. Large groups of bunco players have come together to support their favorite charities by paying an entry fee into the game, holding silent auctions, and by selling raffle tickets; with all proceeds from the event donated to the cause.[7]
According to the Washington Post, Bunco is sometimes referred to as the housewife’s drinking game.[6]

World championship
The first Bunco World Championship was held in 2006, airing on the Oxygen Network and sponsored by Procter & Gamble’s anti-heartburn medicine Prilosec OTC, benefiting the National Breast Cancer Foundation.[5] In October 2008, P&G discontinued their association with the Championship after three years.[8]

References
1.Jump up ^ Slang and Its Analogues Past and Present – 1890
2.Jump up ^ Our Rival, the Rascal – 1897
3.Jump up ^ Professional Criminals of America – 1886
4.Jump up ^ Bunco history World Bunco Association official site.
5.^ Jump up to: a b “Prilosec OTC, Actress Marg Helgenburger and Thousands of Women Roll the Dice to Raise Money for Breast Cancer Research”.
6.^ Jump up to: a b Michael Alison Chandler (4 February 2007). “Suburban Moms Forge Bonds Over Bunco”. washingtonpost.com. The Washington Post.
7.Jump up ^ Buncogameshop.com
8.Jump up ^ “So Long Bunco”. Bunco Central – Prilosec OTC. Procter & Gamble. 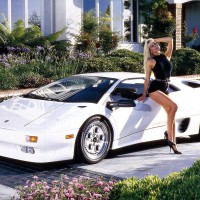 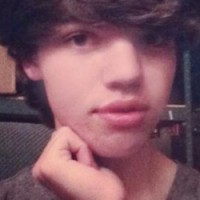