For five years Czech writer and historian Jiri Kuchar has been trying to track down 16 paintings from Hitler’s personal art collection that went missing after the war. As of last July, he’s almost halfway there, because he found seven of them in the convent of the Premonstratensian Sisters in Doksany, a small town 30 miles north of Prague.
Hitler bought or stole about 45 paintings and 30 statues for his private collection which he stashed in the Bohemian monastery of Vyssi Brod along with two other complete collections, one formerly owned by German banker Fritz Mannheimer and the other by the Rothschilds in Vienna. After the war, the Mannheimer and Rothschild collections were removed from the monastery and brought to Munich — a central collection point for art looted by the Nazis — by American troops, but they left the paintings from Hitler’s personal collection behind.
The monks weren’t interested in keeping them so they passed on the hot potatoes. 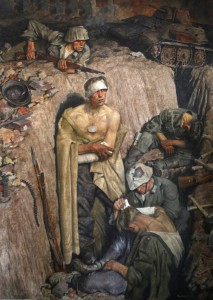 The artworks were split up and went through several hands, including museums and parks, before the group of seven wound up at Doksany. It’s not clear when exactly they showed up there or why.
The Doksany convent was first founded in 1144 but closed by order of Holy Roman Emperor Joseph II in 1782 as part of his campaign to modernize and reform the Church. After that, it was used as a hospital and then rebuilt into a castle for the Aehrenthal family. Under Communist rule the building was neglected and badly decayed, but it was still standing when Communism fell in 1989. In 1997 the monastery in the neighboring town of Strahov bought the castle from the state and restored it so it could be used as a convent again for the first time since Joseph II’s suppression of the monasteries.
The sisters had no idea the paintings Kuchar found belonged to Hitler, of course, but despite that unsavory association they intend to keep the art. Since Hitler had lame taste the collection is not of huge artistic importance, but the historical significance could bring millions of dollars if the paintings were sold.
One piece in particular stands out both in quality and in the subject matter: “Memory of Stalingrad” made in 1943 by Franz Eichhorst, Hitler’s favorite painter. It depicts wounded German soldiers in a trench during the Battle of Stalingrad, one of the bloodiest and longest battles in history (from August 23, 1942 to February 2, 1943) which ended in catastrophic defeat for Germany.
Kuchar intends to keep searching for the nine remaining paintings.

“I sent DVDs with the pictures to institutions I thought might have the works,” he said.
He managed to track down several statues and paintings, including a group of statues in the park of the southern chateau of Hluboka, which the administrator has since removed to prevent neo-Nazi tourism.
Kuchar also bemoaned the loss of some works in recent years: “To put it delicately, let’s say they disappeared.”
“I’m afraid there’s a channel leading to the west. I’ve found two of the statues on offer at auction houses, one in Frankfurt, the other in London,” he said, adding one was sold for 150,000 pounds (177,000 euros, $237,000) two years ago. Via: thehistoryblog 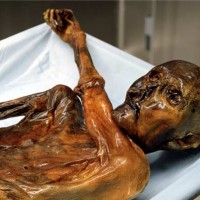