I remember the time when I dug deep into the imaginary worlds of science fiction and fantasy, twisted in teen angst  and ready to fly away anywhere but to stay in that unjust reality of war, sanctions and poverty. That was my way of escaping. I will just open the book and be somewhere else, taken as far as imagination can take you. But during that time I understand that genre literature is not all about unrealistic escapism, but also can be ridden with social commentaries taken to the extremes by exploring the possibilities and outcomes of present day injustices.  It can be alternative history, or stories of worlds torn apart by corporational wars and authoritarian governments, and they can never, never lose the edge of modernity if it is written well. As I realized that, comments about genre literature offended me to the point of giving up and leaving to the others to find out, if ever. Those educated and well-read around me constantly reminded me that only George Orwell’s “1984” is respectable exception from the SF genre, but that was so untrue. SF is not always about little green one, neither horror is about a stomach turning gore fest or fantasy is just fairy tales. One of my favorites, Philip K. Dick continues to deal with sociological even metaphysical themes, drug abuse, mental illness and altered states of modern society. In a lightly fashion, true, but with such imagination and talent to stay contemporary, that you can be converted in SF fan, if you give it a chance.  Stephen King taught me a lot about American culture. Through his novels you can clearly see, from a point of a little man, how it is to live like an American.
It is true that American movie industry stained genre by making banal pulp. That pulp have his charm sometimes, but it is not the best representative. There are movies that represent genre in a best possible way. We can be grateful that some of the geniuses like Stanley Kubrick are being on our side with “2001 – A Space Odyssey”, “Clockwork Orange” and “Shining” or ser Ridley Scott with “Bladerunner”. But that was just the beginning in a battle for a little respect.
So it took some times to finally find the potential in genre literature and adapt it for movies and TV, without insulting the intelligence of viewers. It started with David Lynch’s “Twin Peaks”. That TV series are more surrealism, but it is a renaissance for TV series in general. By shooting “Twin Peaks” as a movie, not as television show, and gathering substantial following in ’90s and over the years, David Lynch changed TV forever. Nowadays we can see the mainstream audience going crazy for “Game of Thrones” and acknowledging that as a political metaphor or watching “Walking Dead” and seeing it as a drama as well as horror. Respect is gained by genre being constantly present in our lives thru periodicity of TV series. Than same thing in movies, even if it is lightly colored by genre. Gravity and Her is SF. Close future, but, yes, it is SF.
Anyway, no one should blame the genre. Narrator is telling a story, not the genre and it is up to narrator to tell the good story regardless of future or alternative setting. So we, the SF, fantasy and horror fans, can relax a bit. Authors and books we like to read is been credited more than just trash of the written words. 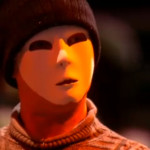 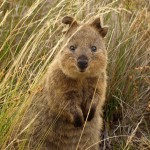