What is that in the South of America that is constantly waking our imagination and fear? Among other American southern countries Louisiana shines as an mystical Mecca of our imagination. It was never an easy task to live in Louisiana. Nature is not friendly. Swamps, hurricanes, tropical diseases, isolation… People are rough in a rural parts of Louisiana. They must be. Otherwise they will not survive. And they have a spirit of freedom, distinctive identity and self-sufficiency even they are mostly poor. When French settlers arrived and give name La Louisianne to this land in honor of their king Louis XIV of France, they are making the new society with different structure. All the people that are born and live outside the Old continent are called Creole and Creoles are mixing freely with other races, Africans and Native Americans alike. Progeny of these interracial marriages have the same rights as their all-white sons and daughters. Oh, there is injustices and slavery but not rigid racial prejudices in French colonial time in the South of America. Cultures are mixing as well. Roman Catholicism with voodoo, for example. So, real clash of the cultures begin when Louisiana become American soil and Protestant Christianity enters this religious mixture. Creoles strange customs feared protestant newcomers. And as in every war there is propaganda.
This is a recurring theme in True detective. Playing on a old card of fear from different and strange customs of never conquered spirits. And religion is big thing there.
Rust Cohle (played by brilliant Matthew McConaughey) said in one episode: “I don’t like this place. Nothing grows in a right direction.” I find that this is not fair. Maybe Nic Pizzolatto, writer of True detective, find confidence in saying that since he is from New Orleans and he is saying that for his own home. Well, he is not saying that for the New Orleans but the state in general, but still that is not fair. Even if the character of Rust Cohle is Texan and there might be some neighbour rivalry involved and that is essential for the story but it isn’t. Still playing the same card of fear from unknown cultures. Yet this fear is so attractive and if it goes deeper into dark rituals, human sacrifies of the most innocent and conspiracies it could be very exiting. It touch the very sensible spot directly in amigdalas of our brains that will make adrenaline flows.
There is nothing wrong regarding the story in general. Quite the opposite. Pizzolatto did a great job. Excellent characterization of both detectives played Matthew McConaughey and Woody Harrelson. This ominous story of hidden evil that goes on undisturbed circles around relations of these two very opposite individuals. Whole series are on their shoulders. It is said several times in reviews that the storyline of House of Cards are literally eaten by exceptional, but over-acting performance of Kevin Spacey. This is not the case with True detective. There is no story without McConaughey and Harrelson brilliance. I noticed the change in Matthews acting in sinister role of Killer Joe (it struck me that he can be such good villain) and then he blow my mind in Dallas Buyers Club. He is shifting from sweetened roles in light romantic comedies to an very serious acting and now confirming that position with True detective. Detective Rust Cohle with his sense of responsibility, guilt, respect for the debt he is feeling for society and cynical rational thinking that look like an sociopath behavior to anyone, before you got to know him better, is a role that will stay in collective imagination for a while. Detective Marty Hart is mediator between the cold, rational world of Cohle and us, audience. Woody is playing an ordinary guy (or in words of Marty Hart: “Oh, I was just a regular type dude with a big-ass dick.” That is a guy with common flaws, like ours and he is valuable step from identifying with him to identifying with Cohle.
So, since this is anthology series, and new seasons will bring new actors and new stories, it will be difficult to replace them. But I have my fate in a cable network like HBO that give as such diamonds of television like Sopranos, Wire, Game of Thrones, Six Feet Under, True Blood and (even I am not the fan, but the influence is evident) Sex and the City. Photo by Jim Bridges – © 2014 – Home Box Office 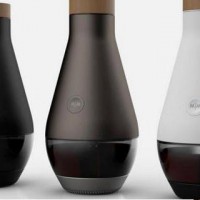 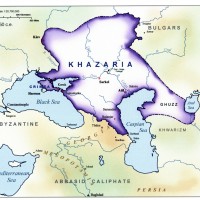