Any content that doesn’t insult viewers intelligence is been rewarded at the end with careful attention of audience. House of cards deserves and demand our attention. This is not an allegory, there is no hidden meaning or political metaphor. This is bloody arena behind the curtains. Only thing that is hidden is proportion of this sick ambition and lust for power from the public eyes and their judgement. It is gory as the power struggles of ancient Roman politics with only one difference. Real nature of this bloody struggle is not openly display and it lays underneath the layers of lies from fear of law, public condemnation and voters approval. This thriller originated from our very real fears that the highest circles of people we intrusted most are corrupted and evil to the core.
How terrifying ambition can be if it is boosted by you partners support. When vanity of congressmen Francis Underwood (magnificent Kevin Spacey) is wounded in Washington machinations, revenge could not be delivered in full blow without his wife Claire (wonderful Robin Wright). They are scholars example of partners in crime. The energy they have on screen when they appear together is priceless for all generation of future viewers. They are allies only because Francis Underwood knows, surgically precise, what his wife needs. Not to be lifted high on pedestal and adored as goddess she certainly is in her grace, but to be treated as equally ambitious and strong as he is. A lot of the attractiveness of this series lays in their relationship. So gentle to each other and ruthless to everyone else.  Their power hunger feed their love. Sexual betrayal is nonexistent. Only strategic one. Only the betrayal that can jeopardize their bond. They both signed contract with the devil and there is no withdrawal.
Under the guidance of director and producer David Fincher this vicious intrigue have dark atmosphere and dynamics of his cult movies Se7en and Fight club. There is not a single flow in his aesthetic. And all three of them, Spacey, Wright and Fincher, are instantly recognized as outstanding and awarded with Emmys.
It was announced at first that there will be only two seasons, since both Spacey and Wright wanted to make more movies, but after such positive critical and public response, they agreed to continue with something so big as House of Cards. So third season is guaranteed.
One thing is new. Distributor of this series is streaming service Netflix. They recognized our watching habits, that usually looks like marathon of obsessive compulsive disorder and give us all thirteen episodes at once on Netflix. For me, in my OCD watching, this week was a festival of brilliance. Next enjoyment beyond measure will be in February 2015. 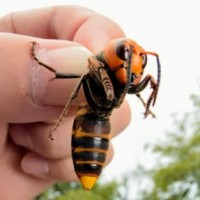 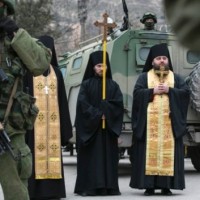